C&C: Chicken or the egg…. photos or stories, which came first?

I’m not sure if you’re asking me two questions here or one. I’ll answer both. I always find the chicken and egg question ridiculous. People take it too literally, thinking of chickens as we know them and eggs as these hard white objects with shells and yolks. But an egg is the source of the chicken and the source of all vertebrates (and I think most invertebrates), so the egg was first. Unless we’re talking about cloning, there is no life form without an egg of some kind.

As for stories and photos, again it’s a very vague question. A photograph, as a chemically produced image created by exposing light-sensitive film to a pattern of light and shadow is only, what, 190 years old or so? 1826, Niepce, right? So obviously in that sense stories are much older than photographs. But one can argue that photography grew out of painting and we know painting goes back to at least to Lascaux. Man has always rendered what he sees on some sort of semi-permanent medium. Still, even that does not predate story-telling. Stories are an innate form of human communication and affirmation. They have been part of us since language evolved. Before that there was only the image, what we saw and remembered. Is the human mind, then, not a camera? I assert that it is. The eye and mind operate as camera and the neuron functions as both film and print. A memory is like a photograph. It serves the same purpose – to remind us of something that is significant to us as humans. We have a need to remember and recall visual information. There are both practical and seemingly irrelevant uses for this trait, this skill, this ‘adaptation’. A photograph can be seen as an extension of the memory urge. To prove we were someplace. To prove we saw a certain thing a certain way. To remind us of a thing or a person. To affirm that we’re actually here and that all of this is real. So, if I look at it this way, that a memory is an enhanced photograph, then I answered this question. The image came before the story.

C&C: Do you remember the first camera you fooled around with, and what age you were?

My first camera was a Kodak Instamatic X15. I think I was 10. I loved that thing. It used those crazy flash cubes and cartridge film. The sad thing is that I don’t think I saved a single snapshot that I took with it. But I do remember being rather obsessed with it. I treasured that camera. I can still remember the sounds it made and the feel of it in my hand. The winding sound when you advance the film and all the clicks and mechanical affirmations. I think that I used that camera primarily for affirmation, not for artistic expression. I took photographs of my brother and he took photos of me and I photographed all my immediate surroundings. As a child I think I was interested in simply defining my world and affirming my existence in it. The printed photograph felt more trustworthy, more real than my memory of things. And of course in those days, way back in the 1960’s and 70’s, the family photo album, the shoebox filled with old photographs, *that* was how your family story was learned and told. The jumbled collection of physical photographs, that were always a mess, always out of order. It was like a Tarot deck containing the Arcana of our lives. And on holidays, or after someone’s death, you’d ritualistically reviewed your history by physically manipulating images. My mother still has such boxes of images. I do too. But that exercise, that ritual is dying and will be dead for my own children. They won’t have boxes of their own. There is a transference that occurs when you hold a photograph in your hand as opposed to viewing it on an electronic screen. And there’s also something beautiful about the fact that those objects, the photographs themselves, are impermanent. This whole digital thing where nothing ever dies and nothing has any real substance, it’s just another example of us becoming more removed from physicality of our existence. The Matrix is coming.

C&C: Can you/do you develop photographs in a dark room? Is digital less saitsfying than real film, and why or why not?

I have worked in a darkroom before but it was a long time ago. I, unfortunately, did not get a lot of hands-on experience with the chemical process of print photography. I know how it is done and I know the basics and I also know what it feels like to stand in the dark and watch an image emerge like magic from a piece of paper floating in liquid. It’s incredible. It’s a very strange and wonderful feeling. But it’s also a lot of work and it’s very expensive. Digital photography has made it possible for the everyman and everywoman to use photography artistically, therapeutically. This allows us all to render (simply, easily, quickly) much more vivid ‘memories’. We can be better and more prolific chroniclers of our lives and experiences. Photography has now become a staple of our daily existence and routine. Look at Instagram. A billion dollars for a company that makes on-the-fly photography (ostensibly) more easy. We are now all photographers, and we carry cameras in our pockets everywhere we go. If there *is* a bigfoot, if there *is* a Loch Ness monster or if there are UFO’s they will not be able to hide from us any longer. In fact, no one can hide any longer. One more thing I want to say about the concept of a darkroom is that though we don’t need a special room with certain chemicals and apparatus any more, we still can have certain darkroom-like experiences in digital post-production. Software now allows us to enhance and manipulate images in ways that make the darkroom look primitive. And there’s a magic in that too. With a mere flick of a slider bar I can eliminate shadows, enhance saturation, sharpen, define, crop and alter an image to create something truly surprising. And ironically, since I do a lot of that in bed at night, I’m in the dark.

C&C: What do you have in your pockets?

A wallet is all I carry in my pants pockets. However, I almost always carry a bag. Call it a man-purse if you will but I have this Timbuktu messenger bag on me all the time, and that is simply because I carry more things than my pockets can handle. So what I’m going to do for you is create an inventory of the things I take with me all the time, like the Tim O’Brien story.

The things I carry:

I take these with me pretty much everywhere I go.

C&C: Do you think all birds (except hummingbirds) are evil – or at least, send evil vibes and want to kill humans? I do, they all try to kill me. Whether you agree or disagree, please explain.

Evil? I think birds are one of God’s most precious gifts and I love them, all. Birds are, for me, messengers, omens, signs, life affirmers, symbols of fragility and grace and a link back to our ancient past. Every time I look at a bird I imagine that I am seeing a dinosaur evolved. Birds are the only truly wild animals that live among us and they are virtually unchanged from their ancestors. They are natural marvels and wonders of science. Every one of the, even the lowliest pigeon is a miracle. You’ve been watching too much Hitchcock or you’ve got some early trauma you need to work through, because birds are blessings and they are great teachers. Birds are harbingers of weather and metaphors for living. It breaks my heart to think that there are people who don’t like or appreciate them. The world would be a sad place without them.

C&C: If you were an inanimate object, what would you be? What still creation you are most like, I mean.

A tree. Hands down. I would be a tree, because I believe that I was one in a past life. I want to spend 500 years in the same spot overlooking the same ground, day in and day out, providing shelter for animals and insects and good, clean oxygen to the world. And then, when I get old I want to be turned into a picnic table and spend the rest of my days in some concrete backyard in Piscataway New Jersey.

C&C: Do you have any pets? And why do you think snakes are so misunderstood?

I have two cats. I used to have a dog but I had to put him down and I’m still recovering from that. I’m still in mourning over him. But I’d like to have a dog again soon. I’m asking the universe for a dog. Snakes are misunderstood for a number of reasons, not the least of which has to do with the depiction of the serpent in the bible. That myth has been perpetuated for centuries, just as the myth of woman as transgressor and temptress has been. And it just occurred to me that this happened in the same blinding flash in the Book of Genesis.

C&C: Do you ever wear your pajamas all day long, or would you if you could?

Not unless I am sick, no. I’m not a pajama lover, though I do wear them. I like jeans and flip-flops and very thin comfy tee-shirts. That’s my ideal uniform.

C&C: Do you like boardgames, crossword puzzles, jigsaw puzzles, any of these?

Oh my gosh, I love them. I was raised on Monopoly and Scrabble and Clue. I played cards all throughout my childhood. I was always playing some form of game. I was big Dungeons & Dragons player for a while there too. That’s where I first cut my teeth writing – creating descriptions for dungeons and quests. I love word games. I loved arcade video games too. I grew up in pizza parlors and bowling alleys playing Space Invaders and Pac Man. So yeah, huge game fan.

C&C: What are you doing for your birthday?

I don’t know yet. But I’ll tell you this, I’ll be spending it in some remote place. I’ll be in the wilderness. I think maybe I’ll go to Joshua Tree or Death Valley. Yeah, that’s it. The desert. 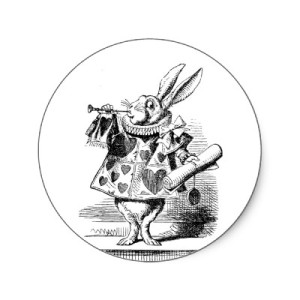 Yes, I’m a day late – I may be the only one who knows this. So here: all Announcements and Interviews will be posted on TUESDAYS  – unless, like last night I miss the midnight blog-clock and decide to do it the next day. So maybe as far as far as general Announcements, Tuesdays will function as a thumbnail that has every possibility of being delayed by the moon or my constant battle with clocks and calendars – but trust me, Interviews on every Tuesday beginning May 1st.

Without further delay or preamble or delay:

(and keep your eyes peeled for more Big News NEXT Tuesday)