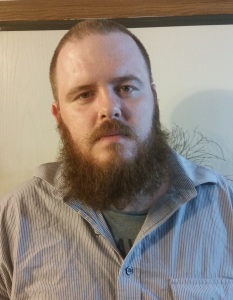 Curiouser and Curiouser: What’s your favorite animal and why?

Chris Deal: I have a lot of favorite animals, just depends what animal I’m thinking about at any one time. First, dogs. Why? Dogs are great. They love you no matter how you feel about yourself. Take care of a dog and they’ll take care of you. Related, but wolves are just cool. Second, bears, mainly because I want to ride a bear into battle. Also, would you consider bigfoot an animal? I’ve been wanting to write a bigfoot piece for years, and have the basics down in my head, but I just haven’t gotten to it. I guess I should note that I believe in bigfoot unconditionally. There will never be proof it isn’t out there somewhere. There are still a lot of places man has never stepped foot in on this earth, so there will always be room out there for him.

C&C: Bigfoot is awesome. We have a lot of Bigfoot enthusiasts in my area. Do you believe the Yeti is to Bigfoot what polar bears are to say, brown bears or Grizzlies? And what would be your ideal Bigfoot encounter? I know you wouldn’t shoot one.

CD: I think, yeah, it could be a case of two separate species in the same genus, or maybe the same species just in a different landscape. There are a lot of real out there theories about bigfoot, stuff I don’t truck with. Bigfoot being alien drones, trans-dimensional shaman type of stuff. Personally, if I were to encounter one, I’m hoping it to be a situation of where I see it from a bit of a distance. Close enough to really see, but not close enough for it to get my scent and react as a cornered animal.

C&C: Do you believe in astral projection? It’s the only explanation I have for the way you seem to be in all different places all over the world and so accurately write about them.

CD: I believe in a lot of weird things, but astral projection was never really one of them. I think the idea is possible, as in an infinite universe most things are, but I’ve never had an experience with astral projection or NDEs or psychic anything. I guess, when it comes to writing from all over the world, there is a lot of research involved, the foods, the lingo, the places, the history. I won’t write about a place I am not interested in.

C&C: Since moving to Chicago from North Carolina, what are some of the dialect differences you’ve observed? I, for example, do not believe “toque” is an actual word.

CD: They call soda “pop”. That’s weird. It’s either soda or Coke, even if we’re talking Sprite or Pepsi, it’s a Coke.

C&C: This interview has been waiting to happen for like three years. Between your lack of pushiness and my lack of follow-through, we’ve got a lot of information to get through. What’s different now than in 2012, if I’d have interviewed you then?

CD: I’ve been working the day job a lot since 2012, and my writing has slowed down, but I’ve taken that time to be more focused, to plot and push myself to be better. I focus on individual sentences a lot more, trying to get them perfect before I go to the next. That might be a bad approach, and sometimes I try and just push everything out in one sitting. I’m always working on something or another, though, mainly this novel that I think I am afraid of. It’ll sit for weeks and I’ll come back and tweak it, add a little more. I know where it’s going, but getting there, being true to these characters, that’s been a bit like pulling teeth. Part of me thinks I need to shelve it for and dive into another idea, but I want to see if I can get it done. Confidence is a big hurdle when it comes to writing for me, trying to do the best I possibly can, but I’m my biggest critic. Since 2012 I have published Incarnations with Broken River Books, which is run the highly awesome J. David Osborne. That put me on a label that has published heroes of mine, guys I respect endlessly. I still feel like a pretender at this, but I’m striving to kill that feeling. We’ll see if that ever happens. Incarnations, though, was a sort of greatest hits, the best stories I wrote, those I am proud of. Mostly longer pieces for me, a few real short ones. I’ve been trying to break away from flash fiction, but a few pieces still get written.

C&C: I think Nicholas Sparks is maybe the only writer who doesn’t feel like a pretender sometimes, so not always having full-on confidence in yourself is a good thing. But pretending is how we get there, right? This is a clumsy segueway, but what were your favorite pretend-games to play as a kid?

CD: Honestly, I pretended a lot. Still do. I would pretend like I was in the X-Men or X-Files and come up with stories. In elementary school when they first gave us access to computers, I’d get in trouble for using the word processor too much as opposed to the math games or Oregon Trail. I even would come up with scenarios and have my mom type them out for me an this amazing typewriter she had. I loved that thing, it was the most amazing piece of technology to me when I was a kid.

C&C: How did you meet your wife?

CD: We lived around a mile apart at one point but never met, it was only through friends I made that I later met her. She had moved it Illinois and was visiting her sister back in North Carolina, and that’s how we met. I was infatuated with her at first sight.

C&C: Do you collect anything?

CD: I used to collect coins. I don’t actively look for them any more, or invest in them any longer, but I keep my collection close at hand. Nothing too valuable, I just looked for pieces from interesting countries or times. I have several Soviet era pieces, pre-Castro Cuban, a few dirty slabs of metal from the Roman times you could get in batches off Ebay that you can just barely make out the faces of long dead kings. Several great Mexican pesos. Years back I worked in a coffee shop, and one of my regulars was a great old Navy vet, and he took to bringing in coins he had duplicates of, which included a Nazi nickel, not sure the right name, but it’s interesting just for the morbidity of it. For a while I had a decent series of Silver Eagles going, but hard times called and they had to go.

C&C: Can you shoot? Let’s talk about guns and stuff.

CD: Guns are great if you know enough to respect them. Trigger discipline, knowing well enough not to point a gun at anything unless you’re going to point the trigger, check, check, and recheck if it’s loaded. Even if you just unloaded it, check again. Because of Illinois laws, I can’t go shooting until I get a FOID card, which I’m patiently waiting for. Guns were always a part of my family, mainly just to shoot and practice with, protection. We never hunted. My dad saw no need for it. We fished all the time though. It was just something we were expected to know, how to shoot. My dad had a few friends with land we could go out on and set up targets, try out pistols or rifles. I always was getting my dad to take me to the gun shows, up until I noticed the weird stuff that was there. KKK coins, racist books, people asking if we were okay with how the country is going. I couldn’t go back to one after that, it just lost all the fun. Still, once that FOID card comes in I’m thinking of getting a shotgun or a maybe a Glock to practice with. Turns out you can’t even by ammo up here without one of them cards.

C&C: Gun shows ARE bizarre. It’s just rows of white dudes at folding tables wearing camo in the heat of some warehouse, selling laser sights and weird bullets and talking about End Days. Do you think we’re coming to the end of our Apocalypse fetish? It’s been awhile since Y2K didn’t take us all out, and zombies have peaked in pop culture, do you think people are giving up on the pulled-plug and moving on to other fantasy scenarios?

CD: There will always be a part of society that is interested, if not obsessed, with the idea of end times. It’s a major factor in religion, and at the same time it lets those who are tired of the day to day grind to think about what they would do if they had the total freedom that the end of things, were they to survive of course. We’ll always have books and movies about the end of things, it’s one of the most popular video game genres as well, what with Fallout 4 finally hitting the shelves just a couple months after the Mad Max game. Hell, I’m currently neck deep in Dying Light, a post-apocalypse game with zombies. Post-apocalyptic themes seem perfect for video games, in that it is a bit more direct in the fantasy fulfillment. Zombies themselves may move to the back of the horror pack, but there are so many holes in the living dead for us to insert our fears that they will never go away. I really think, if anything, we’re going to have more post-apocalypse fiction than less of it, but there will be some other idea, more likely old than new, that will come around and capture our imaginations for a while. All I know is I want to see a lot more bigfoot fiction. Next chance you get, ask Stephen Graham Jones to write some. 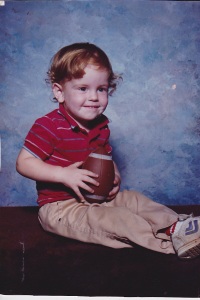